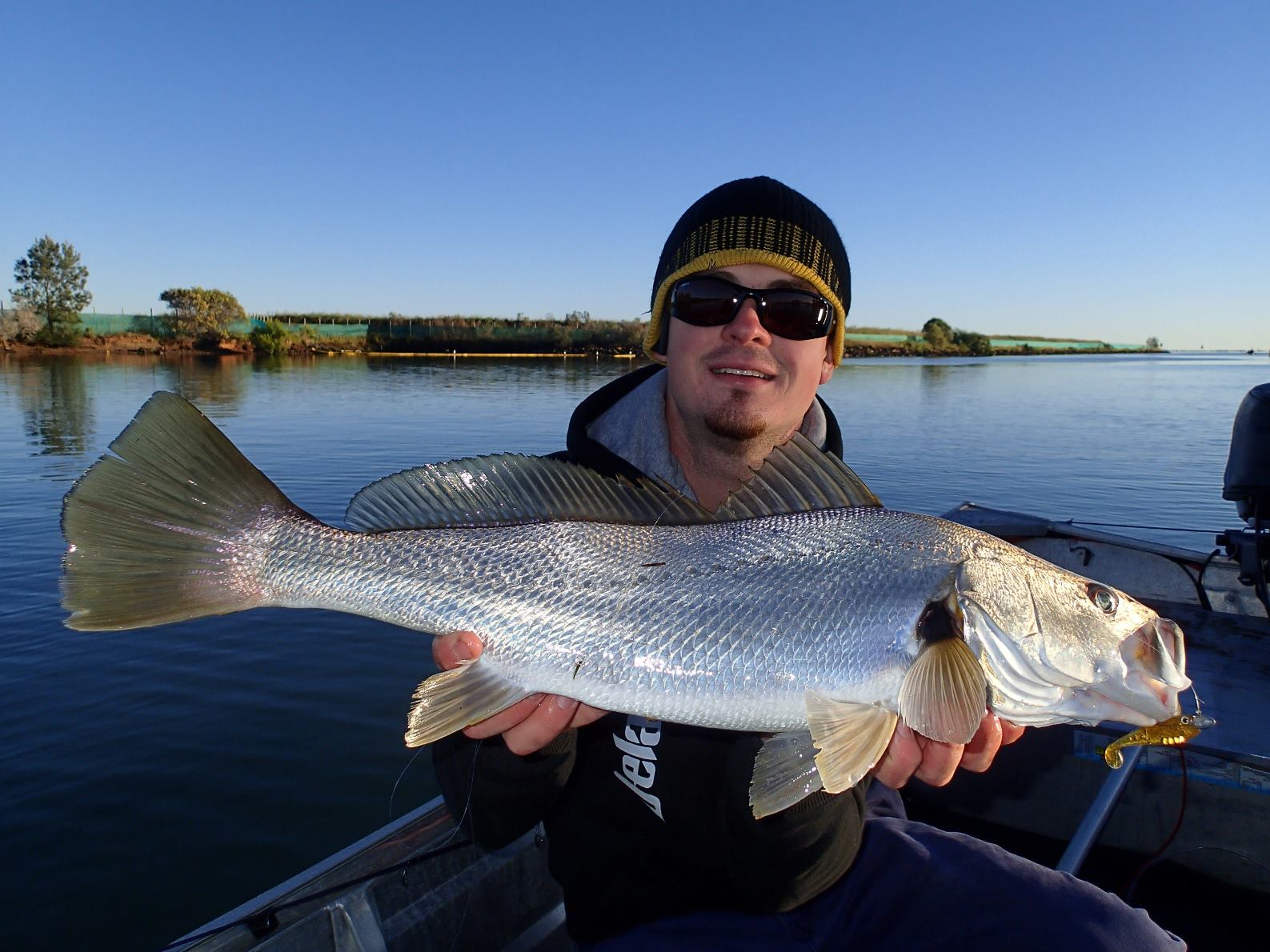 With such a large expanse Australia has three major fishing regions from the cooler Temperate Southern region, mid Sub Tropical region up to the northern Tropical regions. Within these regions you will find both Saltwater and Freshwater fishing environments with the possibility of catching more than 300 common angling fish species.

Saltwater fishing is the most common form of fishing in Australia. There are more than 750 estuary or river systems in Australia with most of these found within the Sub Tropical and Tropical regions due to the higher rainfall in these areas.

Although there are many isolated areas in Australia most Anglers fish within these estuary or river systems from land based locations or out of small boats and kayaks. The most common fish species caught in these locations include Bream, Whiting, Flathead, Jewfish and Barramundi. The species you catch in the Northern Tropical regions are generally completely different to those caught in the Southern Temperate region. The mid Sub Tropical region generally has a mix of both species, making for some exciting fishing all year round depending on the season.

As Australia has such a large coastline, the next most favourite saltwater fishing location is from our many beaches and rocky headlands. The most common fish species caught in these locations include the estuary ones noted above as well as many of the reef and offshore species . . . sometimes even Marlin.

A large percentage of the Australian Anglers own boats and they regularly fish offshore on the shallow reefs. Anglers with larger boats can also go further out and fish the deeper waters near the continental shelf. The most common fish species caught in these locations include Snapper, Sweetlip and Coral Trout, as well as pelagic species such as Tuna, Mackerel, Sailfish and Marlin.

There is such an amazing range of beautiful and amazing fish species caught in the saltwater regions of Australia. It is always exciting going fishing in the saltwater as you never know what you are going to catch.

Because much of Australia’s interior is arid and there is a low average annual rainfall, the interior river systems are often dry and the natural lakes or man-made dams (water reservoirs) can empty. So again due to rainfall the best freshwater fishing in Australia is found in the Northern Tropical and Sub Tropical regions or in the coastal regions where there is sufficient rain.

The primary Freshwater Species in Australia are the Australian Bass, Yellowbelly and Freshwater Cod. Down south in the temperate regions you will also find Trout and several different Perch species. Up in the Northern Tropical regions you have the Saratoga, Jungle Perch, Sooty Grunters as well as the famous Barramundi.

With all the man-made dams or reservoirs, Australia breeds and stocks these with native fish species. This has created some amazing fisheries such as Tinaroo Dam in North Queensland where they regularly catch Barramundi that are 110cm to 135cm in length. These Barramundi can weigh in excess of 30kg.

Hello i’m a french men in Melbourne for one month witch six friend and i love fishing but i dont know the législation and where i can buy a licence for fishing in melbourne sweat water, cheers 😊

Hello, thanks for your message. Unfortunately i don’t know…