A little boat with a small engine, rods, softbaits and our two young fishermen Marc and Félix go seabass fishing on the edge of southern Finistère!

Seabass fishing on the edges :

The seabass is a predator that can be found both offshore in depths of more than 80m, and at the edge in a few centimeters of water! This diversity of spots makes it accessible to everyone, whether from shore, kayak or boat!

Seabass fishing on the edges does not require a lot of equipment, in fact, a small boat, a rod and a box of lures are enough to have a good time and catch fish! Just like offshore, it is possible to use different techniques to fish for bass on the edges, such as buzzing fishing or linear fishing

Marc and Félix tell us about their session in search of the Breton seabass on the edges. 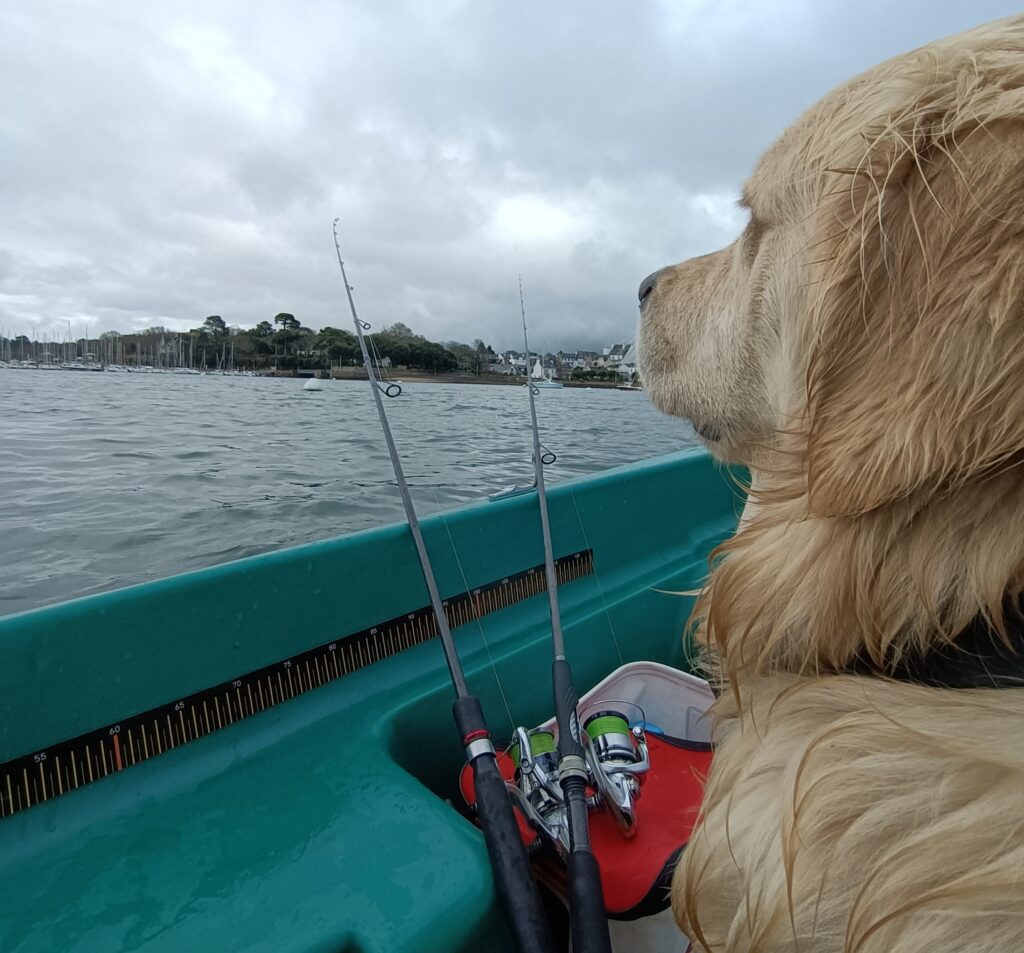 First casts of the day :

After having quickly launched their boat, a small boat with a 9.9 hp, the young fishermen decide to attack by a fairly fast linear beach with Swat shad to quickly see if the post is home to active fish! This approach yielding nothing, they opted for a quick change of spot, towards rocky areas between 2 and 5m of water!

The first casts, always with Swat, allow to register the first touches, but apart a little pollack, no correct fish will be taken! Without wasting too much time, they choose to go even deeper and prospect an area of rocks between 5 and 10m deep, always looking for seabass on the edge since these spots are less than 2km from the edge.

A profitable change of strategy for edge seabass fishing!

Arriving at the spots, the current begins to calm down as they approach the slack, which allows Marc and Félix to make nice precise drifts and to fish quite lightly. The 13cm zandfiness mounted on a 10gr head from Félix will soon attract the first fish! After a good fight in light, the first seabass comes to the landing net and shows 55cm on the board! A first fish that pleases and that our young fishermen quietly leave to go back to their element! 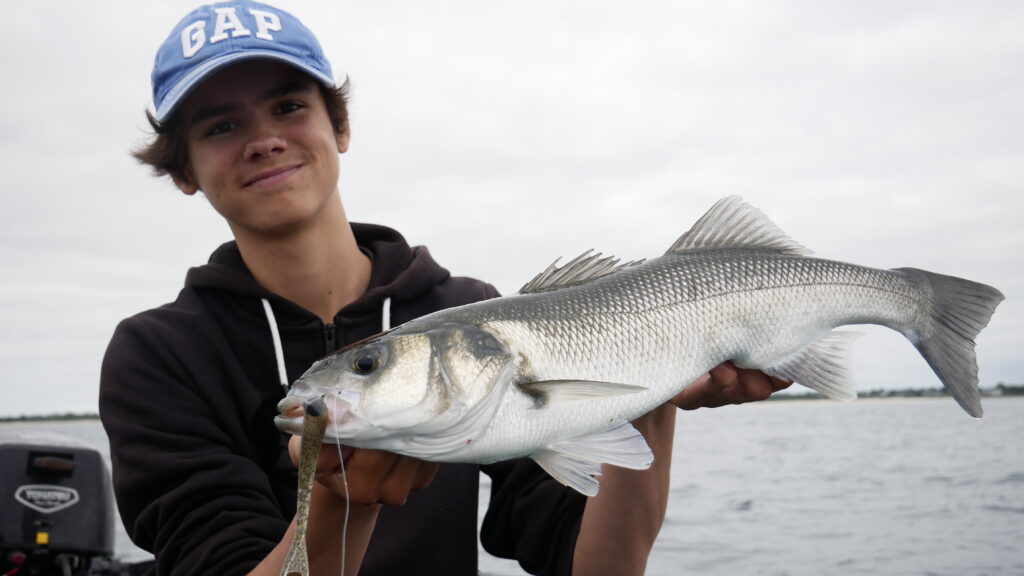 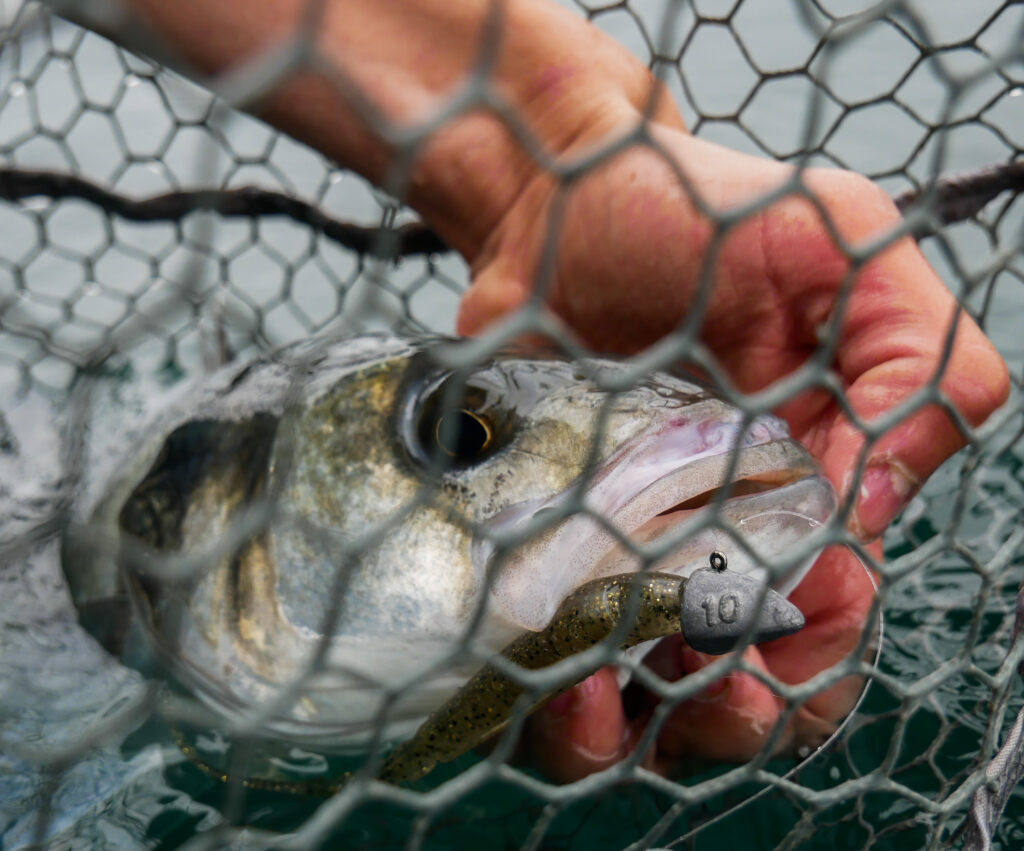 A second seabass in stride

A first fish which pleases, and which announces good for the future. A few casts later, still on the same drift, Félix does it again with a second big hit during a darting animation above the bottom! After a strong strike and a few nice whims, it’s a second seabass, barely smaller, that will join the landing net, still with the Zandfiness!

It would seem that this combo and this animation are the keys to the success of the day, Marc then hastens to mount the same on his rod, hoping to also hit a good fish during this seabass fishing session on the edge!

It's Marc's turn to fish a seabass on the edges:

After releasing the second fish and replacing the same centreboard, Marc and Félix go back to animating their Zand finess with little snaps! When released, Marc feels a little subtle touch and irons immediately! The fish is stung and puts head shots, surely a nice seabass!

After a few powerful rushes, he manages to bring the fish to the surface, and to his great surprise, not without a slight disappointment, he realizes that it’s a huge wrasse who has attacked his Zandfiness! Seabass fishing on the edges sometimes holds a few surprises!! This fish, even if it was not the one sought, led a big fight, to the delight of our young fisherman, who hastens to put it back in the water and relaunch his lure!

After a few casts, and a few drifts animated by small strokes, Marc finally catches a nice fish! This time the head shots are very frank, it’s a seabass! After a nice fight during which the fish swam around the boat, the latter finally ends up in the landing net, enough to make our fisherman smile! 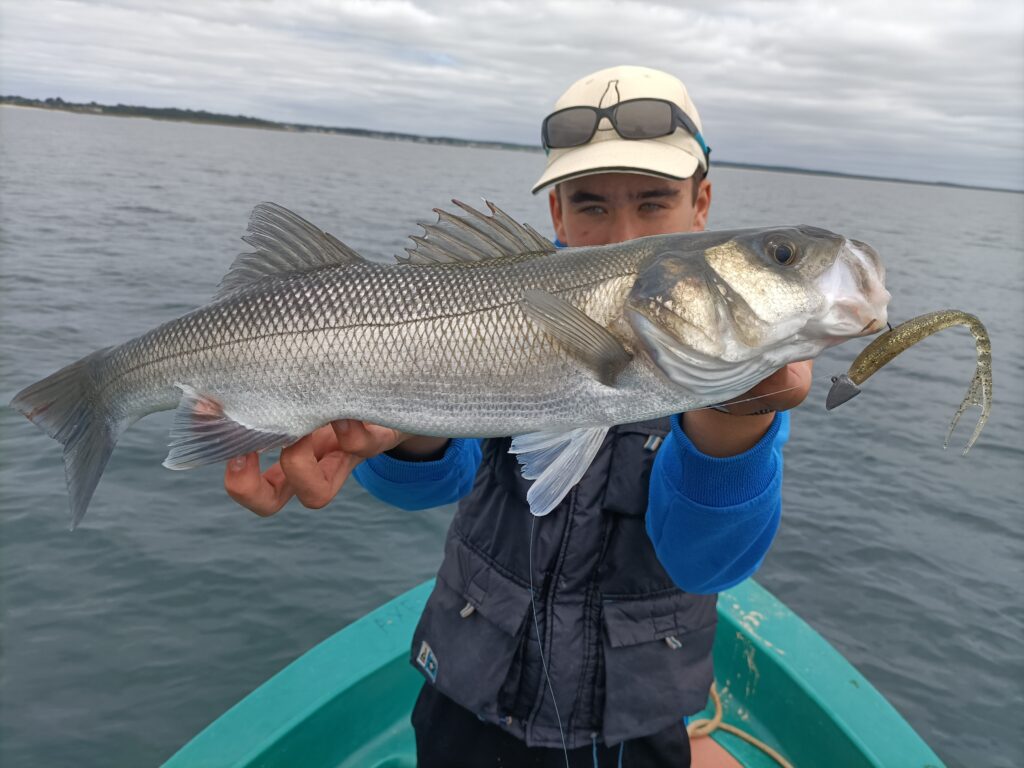 Once again self-sacrifice will have ended up paying and rewarding the two fishermen, who will be forced to return shortly after because of the wind which intensified! Congratulations to this new generation of fishermen for their beautiful seabass fishing on the edge, their research, their determination and their Zandfiness will have seduced some beautiful fish! 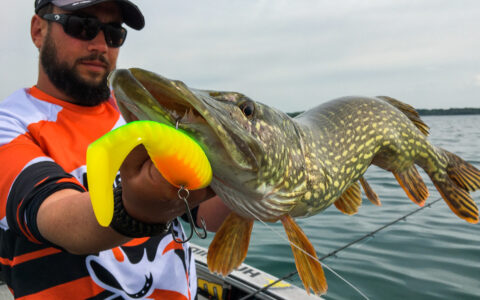 Pike fishing : back on a week in Orient

The lakes of the Orient forest, located near Troyes, less than 3 hours from Paris, are famous for pike fishing! Cedrick Plasseau, fishing guide, and…