The Zand’Finess Delalande is a must-have finesse lure in your tackle box. Originally designed for fishing zander and perch vertically, it is however also very effective for searching for other fish such as trout, pike, black bass…

Features and swimming of the Zandfiness:

The Zand’Finess is a versatile lure that allows a wide variety of rigs and animations. The V-shape of its tail preceded by several thinnings gives it great flexibility during all vertical animations or when the lure moves even very slowly. These micro-vibrations are ideal for attracting wary fish in low activated periods such as winter. Among these other finery, it also has two grooves to allow rigs with Texan hooks, the presence of attractant and finally a narrower head which can easily be cut to accommodate jig heads such as Planante, Exo Finess, Fire Eel…

Mounts and animations of zandfiness :

This fishing consists of attaching a single hook directly to the main line and placing a drop shot lead lower at the desired distance. This technique makes it possible to animate small lures at a long distance without the constraint of jig head size. The Zand’Finess is ideal for this type of fishing. Presented at a chosen distance from the bottom, it comes alive on its own due to the current or by small pulls. Its particular shape gives it a subtle swim that will attract even the most wary fish. 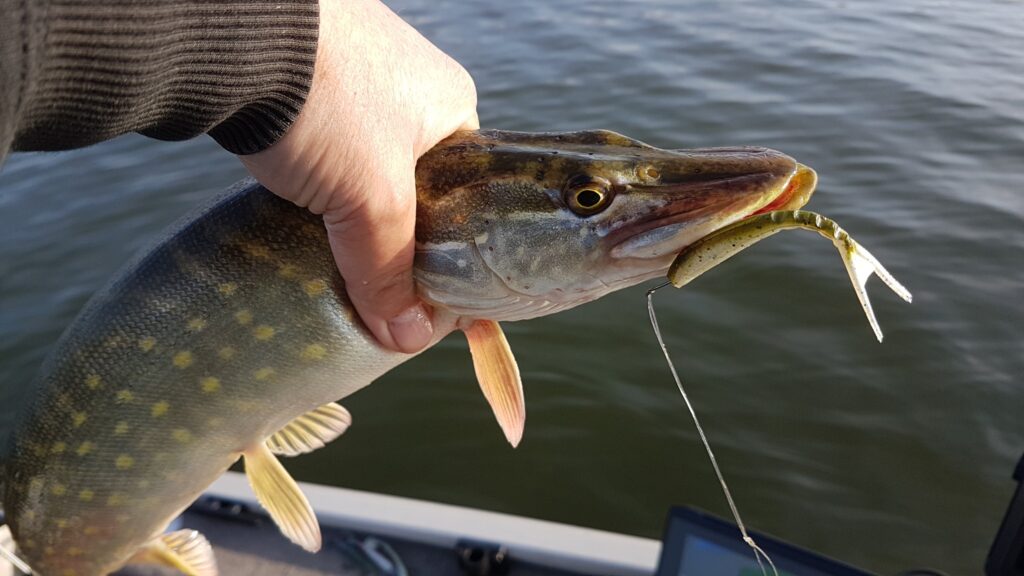 The “tirette” and Carolina rigs are very similar, one is weighted by a sabot lead and a plastic sheath, the other by a drilled bullet and a small soft bead. Personally, I only use the second assembly, which clings much less to the sediment. For the bottom of the line, I recommend very abrasion-resistant fluorocarbon and a Texan hook that allows you to drag on the bottom without snagging too much. These rigs are recommended for prospecting large stretches of slightly congested water. It is enough to make throws-brings back by alternating draws, which raise the sediment of the bottom and more or less long breaks.

The zand-finess thanks to its double groove is perfectly adapted to Texas hooks. The flattened shape and its V-shaped tail allow it to literally hover above the bottom before gently settling. In the majority of cases the bite occurs during breaks which should be more or less long depending on the activity of the fish. 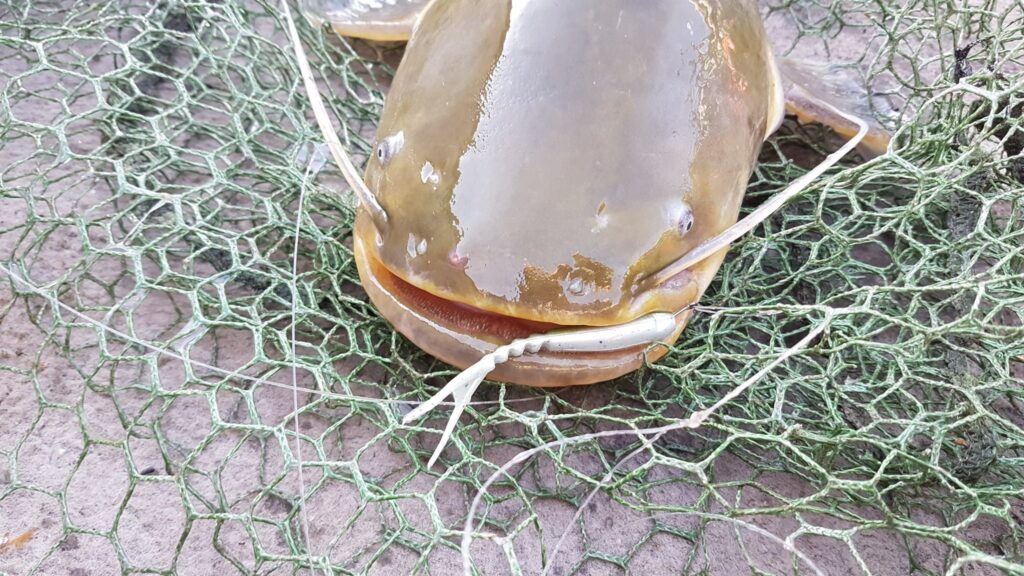 This assembly consists of directly threading a soft lure on a straight or Texan hook, it is only the weight of the lure that allows it to be propelled. In the absence of lead, the lure will stay on the surface and then sink more or less slowly depending on the hook used. I mainly use this technique for black bass fishing.

The unique shape of the zand’Finess is reminiscent of a dragonfly larva, just make it hop on the surface in the aquatic plants or let it sink slowly in the holes or along the banks to trigger the attacks. This technique also works very well for other predators such as chub, perch, pike…

When I fish in the river or in open water with small lures, I often use a lightly weighted variant with a few small soft sinkers positioned about forty centimeters from the hook. Here there is no risk of snagging and just like the basic technique the lure remains very hovering and offers almost no resistance when the fish engages it.

The Zand’Finess 8cm is available in a mounted version with a 5gr hovering jig head, for larger versions the adaptation is very easy, just cut the head which is narrower than the body and mount the jig head .

The hovering model is best suited for the Zand’Finess, it allows both aggressive fishing, thanks to its triangular shape which offsets the lure when it is animated, and static fishing where its perfect balance allows a horizontal presentation of the lure.

I mainly use this rig when I’m fishing vertically. In summer when the poles are aggressive I actively waddle the lure near the bottom, this erratic swimming perfectly imitates a wounded or fleeing fish and generally triggers attacks, in case of refusal, just drop the lure on the bottom then raise it a few centimeters. The use of an echo sounder with Live type technology is very instructive, we often see several poles around the lure placed on the bottom waiting for it to come up to attack it. 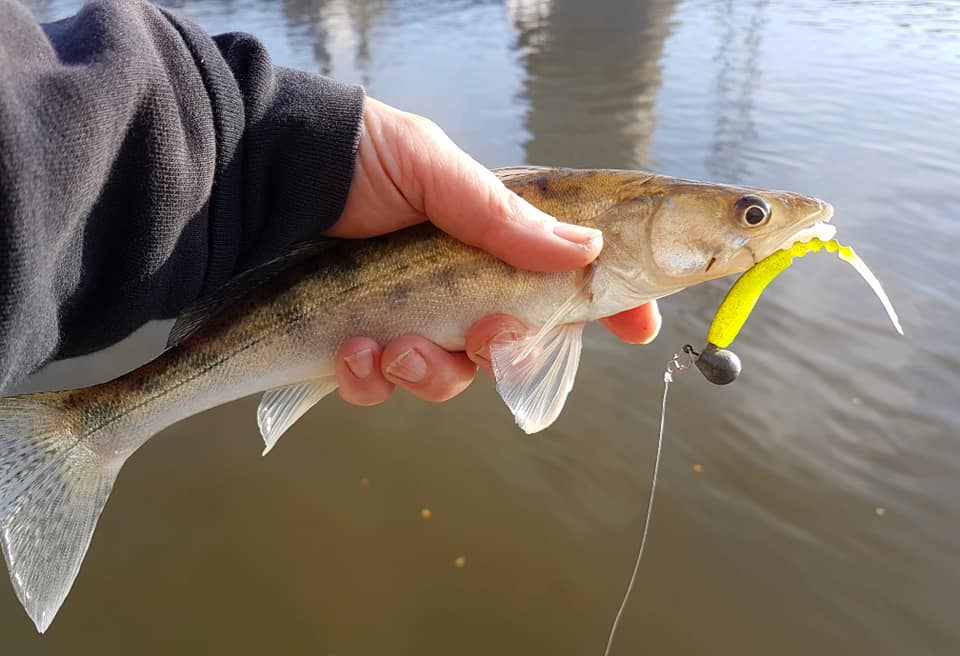 In winter, the fish are generally lethargic and grouped together in sheltered areas or pits, here any suspicious noise or too pronounced vibrations will scare them away. The zand’finess are well suited to this type of vertical fishing where a slight undulation of the lure may be sufficient to produce the attack. The Tp micro Drop also allow the lure to be presented horizontally which is really a plus for this type of fishing. 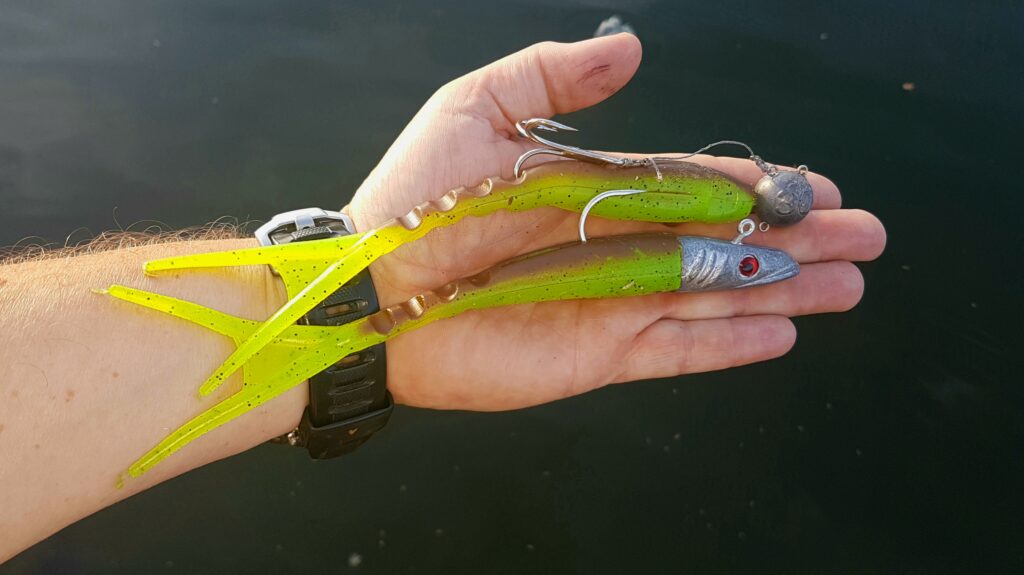 The zand’Finess 13 and 18cm are perfect for looking for large fish located between two waters in rivers and large bodies of water.

Here we are not in the lightness, the goal is to prospect a maximum of zones and to present as quickly as possible a lure just above a predator spotted with the echo-sounder while remaining in the cone of the transducer to properly adjust the depth while the boat is still moving forward. For the lure to sink quickly I use fairly heavy jigheads like Fire Eel 40-60gr or Boulboule 50gr. The other advantage of these two models is having the fixing ring offset from the lure side which allows a beautiful horizontal presentation. For the Boulboule model which has 3 fixing rings, I use the N°2 or N°3 which are normally intended for stacks.

The fishing technique is relatively simple, you sail at low speed with a combustion or electric motor while scanning the bottom with an echo sounder (choose the widest detection cone possible) as soon as you spot an echo between two waters, we cut the engine and let the lure descend a meter or two above the fish. Generally the touch is almost immediate. Otherwise either the predator is not interested, or the lure is too far from the fish and you have to come back just above the echo. 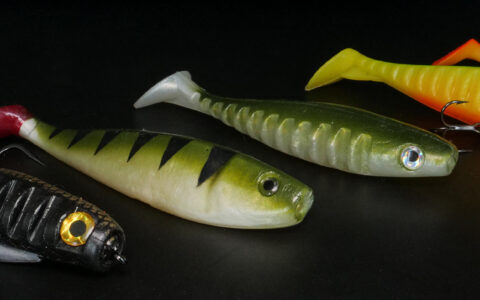 January, the cold sets in, the days are just beginning to get longer, and the closing of pike fishing season is fast approaching! Each year,… 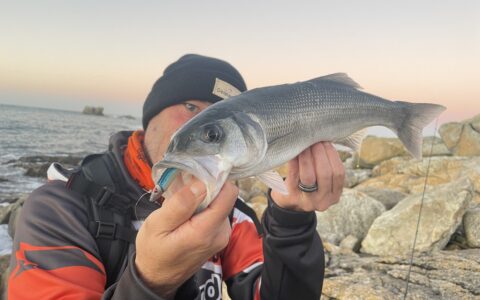 Tests of the new Speed Slim 10cm by Ludo 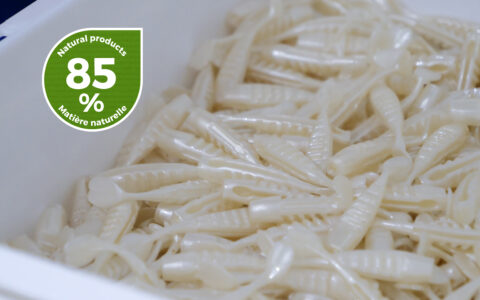 The Orange Brand goes to Green

Delalande, in addition to being a French brand whose desire has always been to preserve the environment with phthalate-free products, manufactured in our own factories… 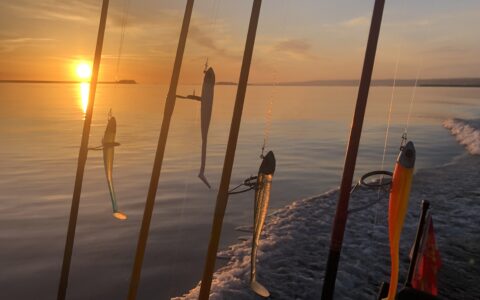 The speed slim is a lure that has been developed specifically for seabass fishing, find here the 3 different animations that are the most effective… 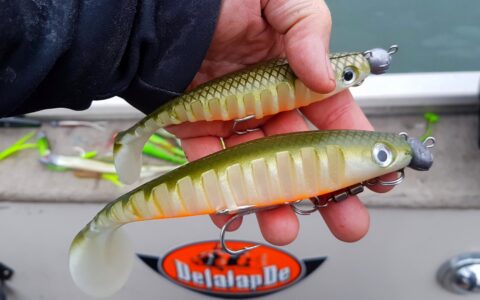 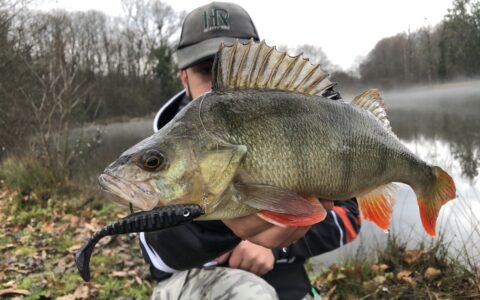